Orchard Lawn, the home of the Gundry family, was built in 1868. The Gundry family occupied Orchard Lawn until 1936, when the home was rescued from demolition by eleven Mineral Point residents for $800. Those eleven residents formed the Mineral Point Historical Society, the group that proudly owns and manages the property to this day. The home was built in the Italianate style and features a beautiful, expansive front porch, tall arched windows and a distinctive belvedere. The front door, set between stained glass windows, opens to a foyer with a grand staircase. A library, formal parlor, and dining room feature high ceilings, elaborate woodwork, historic furniture and artifacts. The entire 9-acre estate remains as beautiful today as it was at the turn-of-the 20th Century. The present day gardens are a beautiful setting for wedding ceremonies and receptions.

Beginning in the early 1990s MPHS was not able to consistently keep the house open for tours and by the mid 1990s the old house was really beginning to show its age. Infrastructure issues included water seeping into the basement, inefficient heating systems, lack of air-conditioning and deterioration of the front porch. An Historic Structure Report was generously funded by the Jeffris Family Foundation of Janesville, Wisconsin and served as the foundation for an estimated $600,000 plus restoration of Orchard Lawn. The Society also created a revitalization plan for Orchard Lawn to ensure its sustainability. The house would remain a house museum but also open its doors for a variety of other uses for the enrichment of the community and its visitors, resulting in a unique historic site – a restored estate that could actually be used and not just viewed by the public. The Jeffris Family Foundation offered a $164,000 challenge grant to MPHS, matching dollar-for-dollar all sources of donations that could be raised for Phase I of the restoration work. The December 1999 deadline for MPHS fundraising was barely met with the goal exceeded by $30! Thereafter, additional pledges and funds provided a total of over $360,000 for Phase I work which included structural and mechanical upgrades within the house, a new roof, new accessible restrooms, exterior painting, restoration of the front porch and entry gates, and creation of a gazebo and formal gardens enclosing the front formal lawn. Restoration of the Library inside the house returned that room to its 1890s appearance.

With another Jeffris Family Foundation challenge grant of $155,000 for Phase II restoration work, MPHS again met their matching goal (and exceeded it by about $15,000) resulting in approximately $325,000 raised. Phase II work included restoration of the only surviving outbuilding (the hothouse), replication of the latticed gazebo known as The Summerhouse, restoration of the Entry/Stairhall, Dining Room, the double Formal Parlor, Gundry Master Bedroom and renovation of two upstairs display rooms. Tours of the house have continued while work is underway thereby allowing visitors to experience firsthand elements of restoration processes. Work continues so join us for a tour – you never know what awaits you! 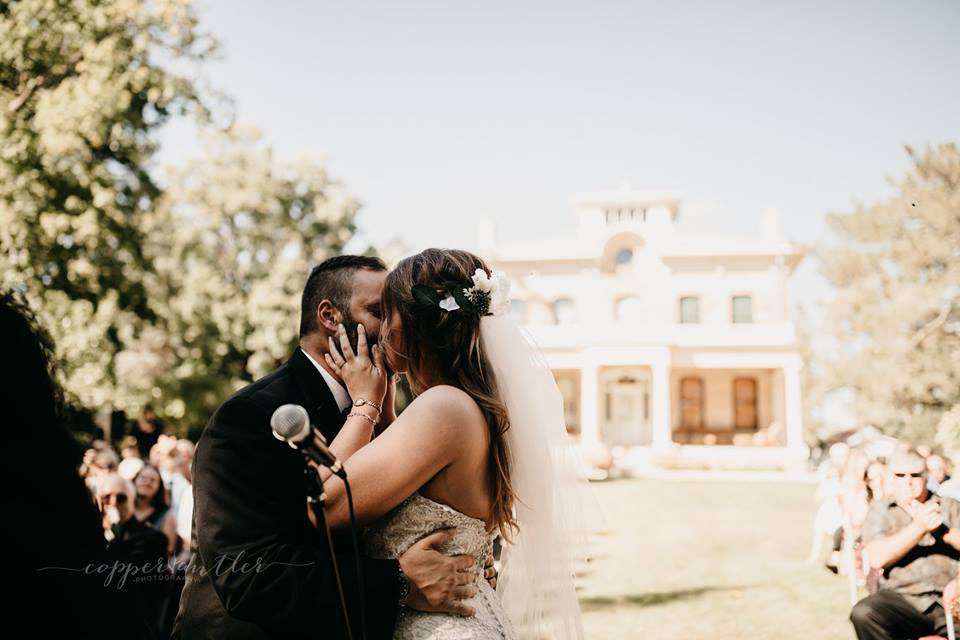